On Friday 14th October the residents of salubrious Lytham St Annes have the great opportunity of seeing Josh fox’s Gasland II exposing the horrors of fracking which will soon be unleashed on the Fylde. We can expect the Fylde to sink below sea level according to one Lytham expert and all will have flaming taps, get cancer and suffer from asthma.

Fox’s first sitcom was Gasland produced in 2011. It was full of horrors stories like flaming taps. How that can be due to fracking when it has been going on since at least the 19th century, I do not know. However his award-winning films influenced many (including the Blackburn diocese environment committee) to oppose fracking. It also made me initially opposed  – until I started to do some fact-checking. 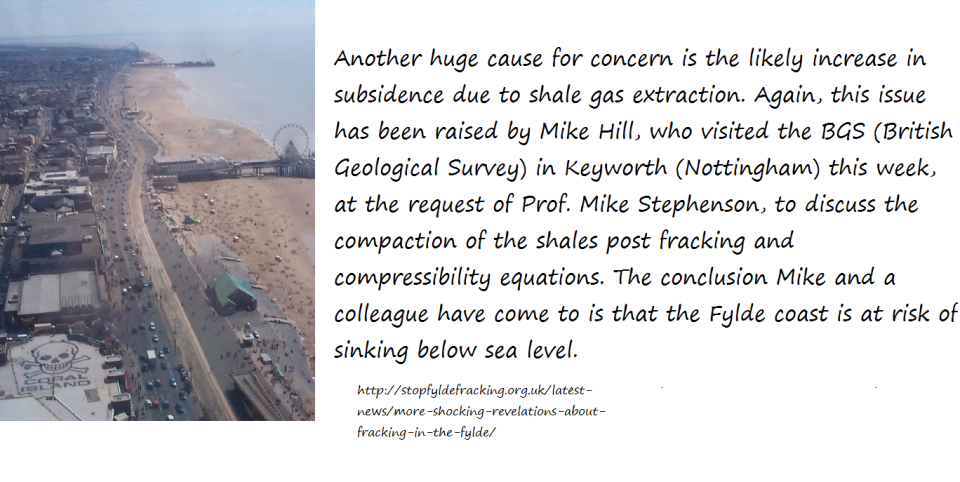 Gasland II was introduced with a great fanfare and now Fox is looking for chickens in Britain as he tours the land giving special shows. I am sure he will find some chickens….

In anticipation of this he was interviewed on the Today programme of Radio 4 on wed 12th October. He kept interrupting the interviewer as you will find if you listen to the interview. from 2 hrs 20 mins.

He claimed he was treated disgracefully and recorded two videos to says this but deleted the first, though they were stashed away by Nick Grealy.

Josh Fox, the most arrogant and insufferable of all fractivists, completely lost it on BBC radio today, trying to motormouth over the interviewer.

Josh Fox was on BBC Radio earlier this week and made a complete ass of himself. He was totally insufferable. He talked rapidly and tried to overwhelm the BBC interviewer, Sarah Montague. He revealed his frustration there’s anyone in the world who could possibly disagree with him. He treated Montague as if she had no right to ask questions that might interrupt his diatribe. It was a mess and Fox’s sigh at the end was priceless. The Brits just got a big dose of reality on the joker we know as Josh Fox.

There’s not much more I need to do here than to let Josh Fox speak for himself. He’s most definitely his own worst enemy in this interview, which starts at 2:21:58 in this radio show (only available for 29 more days):

I’m no fan of the BBC but Sarah Montague is a professional. She calmly tried to interrupt the torrent of nonsense Fox was spewing to ask very simple questions. She kept coming back to them and refused to be deflected.

Fox offered absolutely nothing other than the same old long ago refuted talking points. He had nothing new. He resorted to calling Lisa Jackson, the first Obama Administration EPA Administrator a liar. He claimed flaming faucets were always due to fracking (he backtracked later). He claimed it’s impossible to drill an oil and gas well that doesn’t leak. He was exasperated by the simplest of questions and the audacity of the interviewer in posing them. He protested at one point there was no need to re-litigate the question of drinking water contamination.

It was, in a word, horrible. The ending, when Montague tells Fox his time is up is a beautiful thing. Fox sighs like the spoiled child he is, no doubt maddened by the fact he couldn’t go deeper into the recent UK approval of drilling in Lancashire. He apparently has words with her, as well. He can be heard in the background mouthing something as the next host explains away the background noise by noting “our gentleman is just going.”

That about sums it up, doesn’t it? Josh Fox is just going. His 15 minutes of fame were up a while ago but he’s hung around trying to revive the glory days, trying to attach himself to whatever stories are out there (Lancashire, Dakota Access Pipeline, etc.). The gig is over, though. Sarah Montague revealed him as the babbling idiot he is by asking a few pointed questions. Bully for her.

Update: Josh Fox, looking, for all the world, like he’s about to cry after his disastrous BBC interview, went on video to prove everything you might have suspected after Sarah Montague dared to challenge him. What an insolent little brat! Go somewhere and have that little cry, Josh, and leave the rest of us alone. There’s a whole lot of farmers and other landowners in our area who have real reasons to cry for what you did to them but they’re not doing interviews to shed tears for themselves. They’re standing up and fighting like real men and women.

Update II: Well, that didn’t take long! Less than 8 hours after several of us pointed out what a crybaby Josh Fox was for calling a tame BBC interview a “sneak attack,” the whining little snit took it down or had it taken down. David Fenton must have called and told him it didn’t look good. As one of my friends over at Energy In Depth noted “If you don’t give Fox a softball interview, he loses it.” We observed this once before, of course,when he was challenged on his background story and it completely collapsed. Then, there was this.

Update III: Well, Fox decided to do a new version of his crybaby video for Facebook. It’s the same whiny claptrap as before with less obvious tears about to fall. It’s another selfie type video with Fox’s face so close you want to say “step back man,” revealing a lot about the conceited nature of this phony third-rate filmmaker trying to ride the wave of his cause as a way back of the obscurity to which he’s rapidly descending.

I wonder how the folks in Bristol will receive this joker. My family originally came from near there (a tiny place called Rowberrow). They were sheep herders and lime-burners; the sort of very ordinary people for whose economic needs Fox and his wealthy foundation friends have nothing but contempt.

And finally an old review of the howlers in the first Gasland of 2011, which many Greens regard as both inerrant and infallible

1 thought on “Josh Fox and his second GASLAND sitcom.”