Over recent years Green NGOs like Greenpeace and Friends of the Earth have dramatised the decline of the honey bee. Were it not for their porkies on other environmental issues I might believe them.FoE have a campaign on it and for other reasons I hope their free wildflower seeds are widely planted as this can only be beneficial. 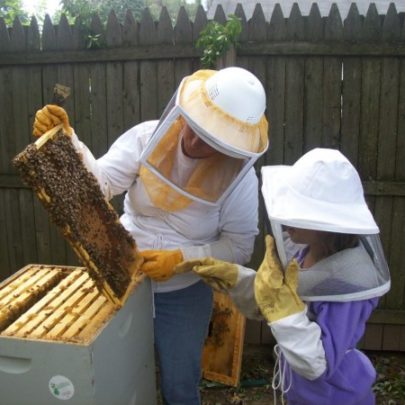 Here is a serious article which gives substance to my sceptism on GP and FOE on reasons for bee decline, which they put down to the use of neo-nicotinoid pesticides.Soem years ago I would have simply believed that but as their noses grow fast than Pinnochio’s I have my doubts.

This paper puts some of the blame on incompetent amateur bee-keepers and to me, makes sense.

Whatever the cause we all still need to be planting bee-friendly flowers, which I have been doing for years

Reports of honey bee population decline has spurred many national efforts to understand the extent of the problem and to identify causative or associated factors.

[T]he impacts of beekeeper knowledge and beekeeping management practices have often been overlooked, despite honey bees being a managed pollinator.

For more background on the Genetic Literacy Project, read GLP on Wikipedia