What a rubbish article!!

Frankly this article by A N Wilson in the Evening Standard couldn’t have been much worse if it had been written by a Young earth Creationist like Ken Ham or Kent Hovind.

I lifted the whole article and made a few comments on the worst errors. I expect the book to be worse.

In the 90s I read Wilson’s two books; God’s Funeral – written in his athiest phase, and The Victorians, which on science and religion just repeated the well-worn, and, by then well-refuted, myth of the conflict of science and religion. I was not impressed then and am less so today.

Since then he has come back to faith , having originally been an Anglican ordinand. However he is still better at creative writing, rather than well-researched writing, which cares about intellectual honesty and accuracy.

It is so different from great biographies like that of Janet Browne, or rob Wesson’s recent study of Darwin’s South American geology – Darwin’s First Theory.

If you think I am annoyed about this, you may just be right.

For those who don’t know me, I am a semi-retired Anglican priest, who still runs a parish. I took a degree in geology and was an exploration geologist before ordination. I have written a fair amount on science and religion and also on Darwin’s geology and his beliefs.

BTW you should never use the word “silly” when criticising someone’s writing, unless………

A.N. Wilson: It’s time Charles Darwin was exposed for the fraud he was

Charles Darwin, whose bearded face looks out at us from the £10 note, is about to be replaced by Jane Austen. I’ve spent the past five years of my life writing his biography and mastering his ideas. Which do you throw out of the balloon? Pride and Prejudice or The Origin of Species?

Funnily enough, in the course of my researches, I found both pride and prejudice in bucketloads among the ardent Darwinians, who would like us to believe that if you do not worship Darwin, you are some kind of nutter. He has become an object of veneration comparable to the old heroes of the Soviet Union, such as Lenin and Stalin, whose statues came tumbling down all over Eastern Europe 20 and more years ago.

Silly writing. Very few, especially among scientists, venerate Darwin. He is highly regarded as a great scientist and his limitations known.

We had our own version of a Soviet statue war in London some years ago when the statue of Darwin was moved in the Natural History Museum. It now looms over the stairs brooding over the visitors. It did originally sit there, but it was replaced by a statue of Richard Owen, who was, after all, the man who had started the Natural History Museum, and who was one of the great scientists of the 19th century. Then in 2009, the bicentenary of Darwin’s birth, Owen was booted out, and Darwin was put back, in very much the way that statues of Lenin replaced religious or monarchist icons in old Russia.

By the time Owen died (1892), Darwin’s reputation was fading, and by the beginning of the 20th century it had all but been eclipsed.

Too simplistic. If you read Bowler’s works eg The Non-Darwinian Revolution, you will note that after 1880 natural selection went out of favour for half a century. However Darwin was still highly respected as events on his centenary show.

Then, in the early to mid 20th century, the science of genetics got going. Science rediscovered the findings of Gregor Mendel (Darwin’s contemporary) and the most stupendous changes in life sciences became possible. Watson and Crick discovered the structure of DNA, and thereafter the complexity and wonder of genetics, all demonstrable by scientific means, were laid bare. Only this week we have learned of medicine’s stupendous ability to zap embryonic, genetically transmuted disorders.

Darwinism is not science as Mendelian genetics are. 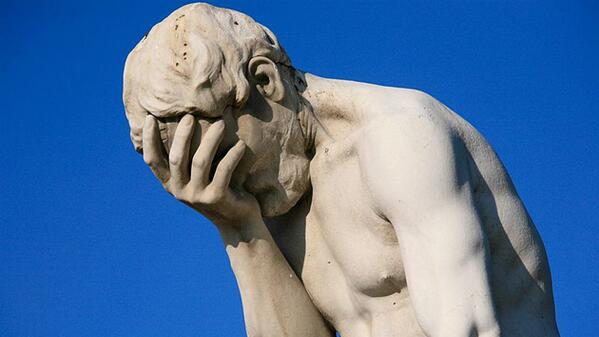 That is a most face-palming comment. The use of the word Darwinism is unhelpful whether to describe the science of Darwin or his so-called followers. As for Darwin his science is as accomplished as it is wide ranging. He started as a geologist and showed great prowess. I have been lucky to study his geology in Shropshire and Wales in depth. This took place before and after his voyage on the Beagle. This can be studied in Sandra Herbert Charles Darwin;geologist and Rob Wesson.Darwin’s first theory. (or my lesser writings just-before-the-beagle  ) He had great plans for his geology in the 1840s and want to look at every limestone reef in Britain but illness put paid to that..

So on moving to Downe he did a highly detailed study on Barnacles, wrote the Origin and after that wrote some wonderful scientific monographs on so many aspects of biology. He was fascinated by the chemistry of drosera/ sundew which catches flies instead of photosynthesising. He was the first to use chemistry in biology. An American friend is writing a book on his experimental work.

I wonder if Wilson has read many of Darwin’s books, scientific papers or even notebooks

None of this denigrates Mendel or Wallace. Though Mendel is not highly significant.

It is a theory whose truth is NOT universally acknowledged. But when genetics got going there was also a revival, especially in Britain, of what came to be known as neo-Darwinism, a synthesis of old Darwinian ideas with the new genetics. Why look to Darwin, who made so many mistakes, rather than to Mendel?

A silly comment. All good scientists make lots of mistakes. Darwin described his 1839 work on the Parallel roads of Glenroy  as a “long, gigantic blunder”. I found many in his 1831 geology BUT he produced so much good science.

There was a simple answer to that. Neo-Darwinism was part scientific and in part a religion, or anti-religion. Its most famous exponent alive, Richard Dawkins, said that Darwin made it possible to be an intellectually satisfied atheist.

Perhaps so for Dawkins up to a point, but still grossly simplistic and silly.

You could say that the apparently impersonal processes of genetics did the same. But the neo-Darwinians could hardly, without absurdity, make Mendel their hero since he was a Roman Catholic monk. So Darwin became the figurehead for a system of thought that (childishly) thought there was one catch-all explanation for How Things Are in nature. 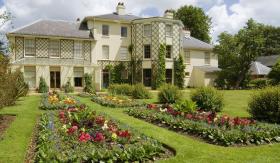 Inside Darwin’s house of experiments complete with indoor slide

The great fact of evolution was an idea that had been current for at least 50 years before Darwin began his work.

Silly. There had been tentative suggestions for 50 years, but none whether Erasmus Darwin Lamarck or Chambers in the Vestiges were acceptable scientific theories. Darwin produced the first scientifically TENABLE theory of evolution, even though there were gaps

His own grandfather pioneered it in England, but on the continent, Goethe, Cuvier, Lamarck and many others realised that life forms evolve through myriad mutations.

silly. See above. BTW Cuvier adamantly rejected evolution but was excellent on the succession of life worked out from fossils

Darwin wanted to be the Man Who Invented Evolution, so he tried to airbrush all the predecessors out of the story.

Pure fantasy. You just need to read all his references in his books

He even pretended that Erasmus Darwin, his grandfather, had had almost no influence on him.

Probably true as Erasmus put his ideas into a poem 🙂

He then brought two new ideas to the evolutionary debate, both of which are false.

One is that evolution only proceeds little by little, that nature never makes leaps. The two most distinguished American palaeontologists of modern times, Stephen Jay Gould and Niles Eldredge, both demonstrated 30 years ago that this is not true. Palaeontology has come up with almost no missing links of the kind Darwinians believe in. The absence of such transitional forms is, Gould once said, the “trade secret of palaeontology”. Instead, the study of fossils and bones shows a series of jumps and leaps.

Many reckon that Gould and Eldredge overstated the jumps, but both they and Darwin were operating on a long timescale.  Hey what!! I wonder if Wilson wants to reject the geological timescale. He might even find Ken Ham a good buddy. 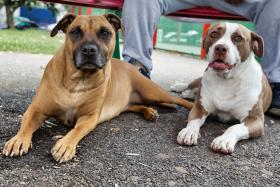 Charles Darwin proven right that dogs can be jealous of rival pets,

Hard-core Darwinians try to dispute this, and there are in fact some “missing links” — the Thrinaxodon, which is a mammal-like reptile, and the Panderichthys, a sort of fish-amphibian. But if the Darwinian theory of natural selection were true, fossils would by now have revealed hundreds of thousands of such examples.

A typical Creationist argument. in fact “Darwinism” (I hate the term – just say evolutionary science) predicted Tiktaalik and Shubin went to find it in Greenland. In a sense all fossils are intermediates!! Wilson’s misunderstanding of evolution is immense.

Species adapt themselves to their environment, but there are very few transmutations.

Darwin’s second big idea was that Nature is always ruthless: that the strong push out the weak, that compassion and compromise are for cissies whom Nature throws to the wall. Darwin borrowed the phrase “survival of the fittest” from the now forgotten and much discredited philosopher Herbert Spencer. He invented a consolation myth for the selfish class to which he belonged, to persuade them that their neglect of the poor, and the colossal gulf between them and the poor, was the way Nature intended things.

Silly. Despite, or in spite of his wealth., Darwin had a great concern for the poor and needy. This statement runs contrary to everything we read about him and his actions

He thought his class would outbreed the “savages” (ie the brown peoples of the globe) and the feckless, drunken Irish. Stubbornly, the unfittest survived. Brown, Jewish and Irish people had more babies than the Darwin class. The Darwinians then had to devise the hateful pseudo-science of eugenics, which was a scheme to prevent the poor from breeding.

Eugenics cannot be blamed on Darwin

We all know where that led, and the uses to which the National Socialists put Darwin’s dangerous ideas.

A smear tactic with no historical foundation

Now that we have replaced Darwin on the tenner with the more benign figure of Miss Austen, is this not the moment to reconsider taking down his statue from the Natural History Museum, and replacing him with the man who was sitting on the staircase until 2009 — the museum’s founder, Richard Owen?

More about: |Charles Darwin
Now for a stiff drink or a quick burn-up on the bike.