Was the Last Supper held in a pub? 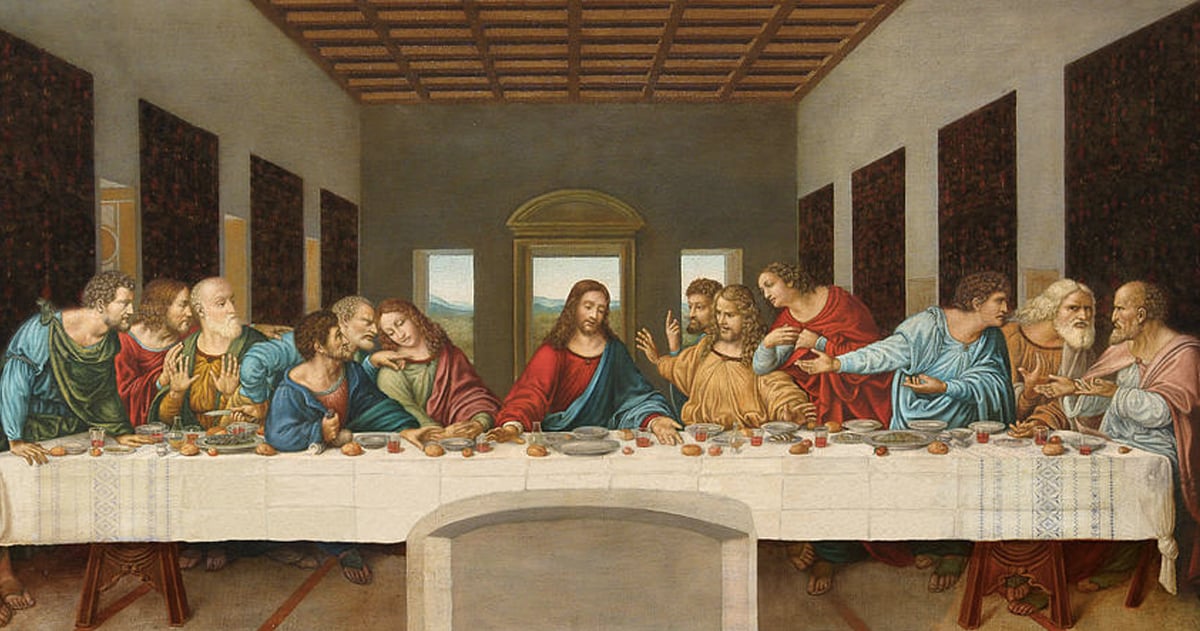 Where did Jesus celebrate the last Supper?  The convention is in the Upper Room and one can visit a site in Jerusalem today. I will not comment on whether it is authentic, Though I have visited it and it felt right. At times talk of the Upper Room gets a bit detached from reality and reeks of sentimental spirituality, rather than the harsh concerns of the disciples and the shadow of the executioner hanging over the meal..

I can imagine many responses from the offended to the flippant.

Why should I even suggest this? Well both Mark and Luke use the same word to describe the location of the Last Supper as in Luke 2 for the place where there was no room for the Holy Family. There is an inverse relationship about this. There was no room at our Lord’s Birth but there was room for his last meal before his execution. But were both local pubs?

So we need to look again at the accounts of the location of the Last Supper in the four gospels and also the pub of Luke chapter 2.

John gives no clue as to the location apart from being in Jerusalem by implication. Nor does he mention the taking of bread and wine. Matthew says more, but only that they found a place for the Passover in Jerusalem (Matt26 vs17ff). v brief

Mark and Luke are very similar right down to almost verbal equivalence.

Mark 14   12 On the first day of Unleavened Bread, when the Passover lamb is sacrificed, his disciples said to him, “Where do you want us to go and make the preparations for you to eat the Passover?” 13 So he sent two of his disciples, saying to them, “Go into the city, and a man carrying a jar of water will meet you; follow him, 14 and wherever he enters, say to the owner of the house, “The Teacher asks, Where is my guest room where I may eat the Passover with my disciples?’ 15 He will show you a large room upstairs, furnished and ready. Make preparations for us there.” 16 So the disciples set out and went to the city, and found everything as he had told them; and they prepared the Passover meal.

7 Then came the day of Unleavened Bread, on which the Passover lamb had to be sacrificed. 8 So Jesus sent Peter and John, saying, “Go and prepare the Passover meal for us that we may eat it.” 9 They asked him, “Where do you want us to make preparations for it?” 10 “Listen,” he said to them, “when you have entered the city, a man carrying a jar of water will meet you; follow him into the house he enters 11 and say to the owner of the house, “The teacher asks you, “Where is the guest room, where I may eat the Passover with my disciples?” ‘ 12 He will show you a large room upstairs, already furnished. Make preparations for us there.” 13 So they went and found everything as he had told them; and they prepared the Passover meal.

Now lots of Greek, but transliterated!

In Mark 14 vs 11  and Luke 22 vs11the word translated as “guest room” is kataluma. Then the disciples were shown “a large room upstairs”- anagaion , which gives us the appellation  The Upper Room”. Both of these words hardly appear in the New Testament

now did they go into a pub and then upstairs, or is anagaion = kataluma (both words almost hapaxlegoumena), so it is hard to find other usages.

The word kataluma is used in the Septuagint (Greek Old Testament) to mean a guest room in I Sam 1:18, and I Sam 9 :22 – in other words NOT  a pub, and a lodging in Sirach 14 vs25. My shorter Liddel and Scott lexicon briefly says a lodging or inn.

So far, this is inconclusive but a fine scholar on the Near East background of the New Testament is Kenneth Bailey https://pres-outlook.org/2006/12/the-manger-and-the-inn-a-middle-eastern-view-of-the-birth-story-of-jesus/

After mentioning Luke and the “inn” he moves to the good Samaritan as the poorly traveller was left at an inn. Bailey wrote;

In the story of the Good Samaritan, the wounded man is clearly taken to a commercial establishment that provides shelter for strangers. However, Luke has the men arrive at a pandokheion (10:34), not a kataluma. Pandokheion is the common Greek word for an inn. Luke knows this word and uses it.

Hence pandokheion  is in contrast to kataluma.  In the examples in I Sam it is the main house, possibly Samuel’s. The Arndt-Gringrich lexicon points out that the word has survived in Arabic as an inn “where a traveller may find a night’s lodging”.

In the parable we have the inn-keeper pandochews in vs 35 adding to the contrast with kataluma.

So, if for Luke pandokheion means a commercial inn, what does he intend by the word kataluma? So why didn’t Luke use pandokheion rather than kataluma? This applies both to the Bethlehem story and the last supper.

If kataluma is INN in Luke 2 , then Jesus celebrated the Passover in a pub. But surely Luke should have used pandokheion both for the Last Supper and in Bethlehem. As he did not we can conclude that the good Samaritan was taken to a pub/inn to recuperate and it is reasonable to conclude Jesus did not celebrate the Passover in a pub but in a large upstairs room, which was the guestroom and there was also no inn or innkeeper but as the guestroom was occupied Jesus was born in the main part of the house.

The main downside of this conclusion is that there was no inn-keeper and his wife and so much of popular Christmas legend has been undermined. It also undermines woke understandings of Jesus’ birth, which rely on Mary and Joseph not finding lodging. As Joseph was “from Bethlehem” he’d had relatives in Bethlehem so it is more probable that he went to one of them and not an inn. It seems most likely that there was no room in the guest-room so they had to going in the main living space, where there was likely to be a manger.

But more importantly, it takes the text of the Bible more seriously and avoids any distractions from the Saviour Jesus Christ in the form of an unbiblical inn-keeper.

So Jesus was neither born in a pub or outhouse, nor did he celebrate the Last Supper in a pub.

I think this study and similar ones, make the whole story of Jesus more grounded in history than romance and I prefer a robust historical faith before a cosy romantic one.

22 While they were eating, he took a loaf of bread, and after blessing it he broke it, gave it to them, and said, “Take; this is my body.”
23 Then he took a cup, and after giving thanks he gave it to them, and all of them drank from it.
24 He said to them, “This is my blood of the covenant, which is poured out for many.
25 Truly I tell you, I will never again drink of the fruit of the vine until that day when I drink it new in the kingdom of God.”
26 When they had sung the hymn, they went out to the Mount of Olives.

1 thought on “Was the Last Supper held in a pub?”