Martin Luther was the first in the Reformation in 1517, and what followed laster , in a sense, always looked back to him whether Calvin or even Anglicans. The subsequent history of the Lutherans in Europe is most significant, but not relevant here.

As many Germans emigrated to north America they took their Lutheranism with them. As an aside the early USA nearly made German, rather than English, the official language. That is a topic for an alternative history. As groups who emigrate tend to be more conservative than those left at home this was the case of Lutherans .

Lutherans varied, but in the Midwest many took ultra-conservative views on inerrancy and even on geocentricity as this long quote from my book Evangelicals and Science shows

LUTHERAN GEOCENTRICITIES
Whereas no other Protestants questioned the Copernican system in the
nineteenth century, some conservative Lutherans in themid-west rejected
heliocentricity in favor of geocentricity. To go back to the sixteenth century,
Martin Luther (1483–1546), possibly dismissed Copernicus’s theory
of a heliocentric universe, and perhaps that fact explainswhymodern geocentric
beliefs seemto have beenmore common among Lutherans. Exactly
how strongly Luther objected to Copernicanism is difficult to ascertain as
his comments are to be found only in his Table Talk, which was collected
together by his followers and may not be reliable. At the end of the sixteenth
century both Tycho Brahe (a geostatist rather than a geocentrist)
who rejected Copernicanism and Johannes Kepler were Lutherans, but
even so Lutherans were more hostile to Copernicanism than Calvinists.
As a result of German immigration to the mid-west strong Lutheran
communities formed especially in Missouri and Wisconsin. One of the
leaders was German-born Carl Ferdinand Wilhelm Walther (1811–1887)
who came to St. Louis in 1838 to be a pastor. He also founded a seminary,
a publishing house, and a theological journal and was president of the
German Evangelical Lutheran Synod of Missouri, Ohio, and other states
(forerunner of the Lutheran Church Missouri Synod), which dates from
1847 and a leading figure in the Evangelical Lutheran Synodical Conference
of North America, which was formed in 1872. (Noll, 1992, p. 216)
These bodies were largely self-contained until large-scale immigration
from Germany ceased in the 1930s, and they kept aloof from the indigenous
American evangelicals. Even in the 1930s they were reluctant to pray
with other Protestants and more recently would not allow Southern Baptists
and others to receive communion with them. Walther disparaged
Copernican astronomy in the pages of the synod’s official publication, Der
Lutheraner. The theologian F. A. Pieper (1852–1931) also rejected Copernicanism,
as did August Graebner (1849–1904), who insisted that if the
Copernican systemdisagreedwith the Bible, “the heliocentric systemmust
fall” (Numbers, 1991, p. 106). Several other works were published like J.
C. W. Lindemann’s (d1879) Astronomishe Unterredung zwischen einem Liebhaber
der Astronomie und meheren ber ¨uhmten Astronomen der Neuzeit, worin
deutliche Auskunft gegeben wird ¨uber die Untr ¨uglichkeit des Kopernikanischen
Sonnen-Systems published in1873. Hencemost geocentricworks published
in America between 1870 and 1920 were written by members (mainly
clergy) of the forerunners of the LCMS and that geocentricity was widely
taught within the synod. These were discussed by Friedrich E. Pasche’s
1906 book Bibel und Astronomie, which also discussed about sixty passages
from the Bible that indicate an unmoving earth and/or a moving sun. In
1915 he also wrote in English, Fifty Reasons:Copernicus or the Bible. Philosophy
and vain deceit, or true science? Which Is Right? and showed that there
were fifty reasons why Copernicanism was wrong!
During the twentieth century these Germanic Lutherans slowly gave up
geocentricity, but not their insistence on a young earth. which is to be seen
in the numbers of Lutheran flood geologists in the inter-war years and
the division of the Lutheran Church into the Lutheran Church Missouri
Synod (LCMS) and the Evangelical Lutheran Church of America (ECLA)
in the 1970s, which was over inerrancy and biblical literalism.
THE RETURN

In the early 20th century many mid-west Lutherans rejected  Evolution and geological time  as did Theodore Graebner in many books. He also accepted Mccready Price’s odd ideas. 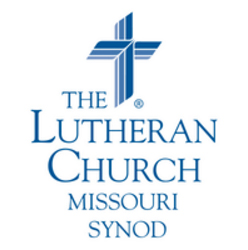 The LCMS was very conservative opting for inerrancy in its strongest form. It was also opposed to evolution and the telephone numbers of geological time!! some members rejected this, but the common policy of the church and its colleges was young earth creationist.

This is where I come in. In 2000 Concordia College, Mequon, Milwaukee in Wisconsin hosted a conference on Design. All the ID crowd were there, Behe, Mayer, Dembski et al, and others including Michael ruse, Ted Davis etc. It was a good conference but I found that unless you agreed 200% with ID you were an out cast. However I found concordia only taught YEC, which disturbed me. As Concordia renewed contracts annually it was difficult for an academic to dissent as his contract would not be renewed. Hence if a prof suggested that the earth might just be a million years old, he was liable to lose his job. That is hardly the environment for open critical academic thinking.

Since then I have casually followed goings-on of the LCMS and saw no loosening on their anti-evolution and YEC stance. And so last month it became official doctrine

At the 67th Regular Convention of the Lutheran Church—Missouri Synod on Tuesday [23 July 2019], the theologically conservative denomination adopted Resolution 5-09A, titled ‘To Confess the Biblical Six-Day Creation.’”1

This clearly makes it impossible for any pastor, or  academic at a college to be anything but YEC. I suppose they will have to keep quiet, if only to keep their jobs.

Most important, is that a significant US has insisted on YEC as in its basis of faith. Here the Southern Baptists are not far behind , especially if Alber Mohler gets his way.

At best LCMS has made a secondary issue a primary one, but what it has done is to exclude all those devout Christians , who do not accept YEC, for the simple reason that is is utterly wrong.

We shall see what happens, and whether the Southern Baptists follow suit. (Ironically it qwas a Southern Baptist minister who guided me to christian alternatives to YEC while I was at L’abri many decades ago.)

Well, now you can read Creation Ministries International gleeful commentary on it…………..

As for me, I shall remain a heretic, who actually subscribes to the Nicene Creed !! I am grateful for all Anglicans and those from other churches who have taken a sensible, rational and truthful approach to science