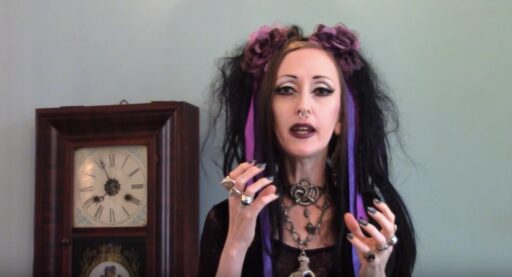 “The Ahuman Manifesto” is fringe today, but that it is even half-seriously proposed as the final solution to climate change exposes environmental nihilsim.

Here you go: the “final solution” to climate change. This book, “The Ahuman Manifesto,” is a glimpse of where the climate road to serfdom ends. (And it is not, I repeat not, a satire.)

The Ahuman Manifesto: Activism for the End of the Anthrocene” by Patricia MacCormack (Bloomsbury Academic: 2020) is self-described as follows:

We are in the midst of a growing ecological crisis. Developing technologies and cultural interventions are throwing the status of “human” into question.

It is against this context that Patricia MacCormack delivers her expert justification for the “ahuman.” An alternative to “posthuman” thought, the term paves the way for thinking that doesn’t dissolve into nihilism and despair, but actively embraces issues like human extinction, vegan abolition, atheist occultism, death studies, a refusal of identity politics, deep ecology, and the apocalypse as an optimistic beginning.

In order to suggest vitalistic, perhaps even optimistic, ways to negotiate some of the difficulties in thinking and acting in the world, this book explores five key contemporary themes:

Collapsing activism, artistic practice and affirmative ethics, while introducing some radical contemporary ideas and addressing specifically modern phenomena like death cults, intersectional identity politics and capitalist enslavement of human and nonhuman organisms to the point of ‘zombiedom’, The Ahuman Manifesto navigates the ways in which we must compose the human differently, specifically beyond nihilism and post- and trans-humanism and outside human privilege. This is so that we can actively think and live viscerally, with connectivity (actual not virtual), and with passion and grace, toward a new world.

“Patricia MacCormack goes relentessly beyond ‘just’ deconstructing anthropocentrism and dismantling multispecies extinction caused by human dominance in the Anthropocene. The manifesto is not only theorizing, but compassionately calling for direct abolitionist action for the other at the expense of the (human) self. Trembling with joyful energy and critically affirmative insights, this manifesto encourages us to engage in ahuman arts & activist practices, inspired by queer feminist (secular) spirituality, and death activism.” ―Nina Lykke, Professor of Gender Studies, Linköping University, Sweden

“This beautiful book is both a passionate, insightful meditation on the world we actually live in, and a radical call to action. Is it even possible for us to stop being human, to let multiple beings flourish without reducing them to means for our own selfish ends? Reading this book, thinking with it and about it, and responding openly to it, is absolutely essential.” ―Steven Shaviro, DeRoy Professor of English, Wayne State University, USA

“Patricia MacCormack’s splendid refusal to nuance her intent in The Ahuman Manifesto will both intrigue and infuriate. As a vegan abolitionist/extinctionist, she provides an unrelenting and exacting take down of the violent self-interest of the human species, and offers a call to ethical action best described as eating the Anthropocene.” ―Margrit Shildrick, Guest Professor of Gender and Knowledge Production, Stockholm University, Sweden

“This book is a delightful provocation and invitation: to imagine a world without humans and to think of what we can do to get there. It is an urgent call for action. A joyful, lucid, fiercely intelligent call to readers to hope and work for a future not for themselves, but for the thriving of all nonhuman life. Engaging with this book will be a transformative experience. One cannot see the world or oneself in the same way after reading it.” ―Christine Daigle, Professor of Philosophy and Director of the Posthumanism Research Institute, Brock University, Canada

A writeup by Alisair Ryder in Cambridge News, “‘The only solution for climate change is letting the human race become extinct,’” describes the book and author as follows:

Patricia MacCormack, a professor of continental philosophy at Anglia Ruskin University, has just released her new book The Ahuman Manifesto, which will officially be launched in Cambridge today (Wednesday, February 5).

The book argues that due to the damage done to other living creatures on Earth, we should start gradually phasing out reproduction. But rather than offering a bleak look at the future of humanity, it has generated discussion due to its joyful and optimistic tone, as it sets out a positive view for the future of Earth – without mankind.

It also touches on several hot-button topics, from religion and veganism to the concept of identity politics, tying these into how the creation of a hierarchal world among humans has left us blind to the destruction we are causing to our habitat and other forms of life.

Speaking to CambridgeshireLive, Professor MacCormack outlined how she came to this point of view, and how these ideas are not as provocative as they may initially sound.

She said: “I arrived at this idea from a couple of directions. I was introduced to philosophy due to my interest in feminism and queer theory, so reproductive rights have long been an interest to me – this led me to learn more about animal rights, which is when I became vegan.

“The basic premise of the book is that we’re in the age of the Anthropocene, humanity has caused mass problems and one of them is creating this hierarchal world where white, male, heterosexual and able-bodied people are succeeding, and people of different races, genders, sexualities and those with disabilities are struggling to get that.

“This is where the idea of dismantling identity politics comes in – they deserve rights not because of what they are, but because they are.

“The book also argues that we need to dismantle religion, and other overriding powers like the church of capitalism or the cult of self, as it makes people act upon enforced rules rather than respond thoughtfully to the situations in front of them.”

The central argument in The Ahuman Manifesto can be boiled down to this: mankind is already enslaved to the point of “zombiedom” by capitalism, and because of the damage this has caused, phasing out reproduction is the only way to repair the damage done to the world.

Additionally, humanity has to see it isn’t the single living dominant force – but first, it needs to dismantle an established hierarchy amongst itself. This argument has not received as much disagreement as you might expect.

Professor MacCormack continued: “Everyone’s okay with the ideas in the book until they’re told they’d have to act on it. There is a lot of agreement that these changes might work for the world, but when it imposes on people, it becomes proactive.

“Many people are surprised it’s so joyful and it has this radical compassion, which cares for the world. It’s not about our death, so much as it’s about celebrating the tools that exist to care for a decelerating Earth.

“People wonder why I don’t think humans are exceptional, dominant beings – but when I ask them why they think that, I never get a good answer back. The way we perceive the world isn’t the only one, we never think about animal life.

“Even Extinction Rebellion only focus on the effect this will have on human life when climate change is something that will affect every living being on the planet.

This worldview of hopelessness, victimization, and human-hate is truly the end of the road to serfdom. It is the final solution with all of humankind, not just one race or creed, set on fire.

Editor’s Note: “The Ahuman Manifesto” is really just a bible for environmental nihilism. No doubt some readers will dismiss it as the radical lunatic fringe but we know from very recent history how a fringe cause can suddenly metastasize and become the center overnight. It is one of the characteristics of a Western Civilization that has lost confidence in itself. Let’s just hope it will be a “jump the shark moment” for those who hang onto a global warming cause kept on life support by special interests and true believers. It has surely all but run its course. We can only hope to get back to real life, real science and real progress.

1 thought on “The Ahuman Manifesto: The Final Solution to Climate Change”