Ken Ham has recently got all upset by Phil Vischer’s comments on twitter stating that YEC comes from the Seventh Day Adventist ideas of George McCready Price in his book The New Geology of the 1920s.

Young Earth Creationism is a new-fangled pseudoscience movement with no roots in the past beyond the prophecies of Ellen White in the 19th century.

I also wanted to make a correction to a false statement he made implying where my beliefs about Genesis originated. Vischer stated:

It’s the idea of evolution and millions of years being added into the Bible that’s new!

This is simply not true. The scriptural geologists, as they’re called, were defending the historicity of Genesis and a global flood a century before A New Geology was published—and they were using many of the same scriptural arguments we use today because  God’s Word hasn’t changed! 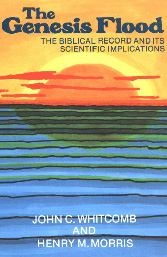 Poor Ken , so wrong on so many counts. Let’s consider them in depth. (If you are lazy just read my brief script, but if you are not indolent you can read all the links to get a full story.)

The classic long account of the origins of Creationist is in Ron Numbers The Creationists, -an excellent book – but here is a short account I wrote in 1985 and won’t change much of what I wrote!

The so-called Scriptural Geologists were a group from 1817 to 1855 in England who opposed geology as they didn’t accept a long timescale. They started from a literal interpretation of the Bible insisting Genesis spoke of 6 24 days, all strata laid down in the flood , no death before Adam and Eve scrumped some apples etc.

Their geological incompetence was considerable, and apart from one, George Young, none wielded a geological hammer . Mortenson describes them in his Ph D thesis and book  – on AIG website as   “British Scriptural Geologists in the First Half of the Nineteenth Century”  It’s hilarious to find Mortenson saying most were competent geologists. They weren’t, whether by today’s standards or those of 1830. . Just read what I say about Fairholme on p115-6 from my book

Anyway thanks to efforts of Sedgwick and Buckland these Scriptural Geologsits had gone extinct from 1855 and after that any British Christian with a little education accepted geology. not so in the USA as many slave supporting theologians were biblical literalists!! These two were Anglican clergy who were two of the leading early 19th century geologists. 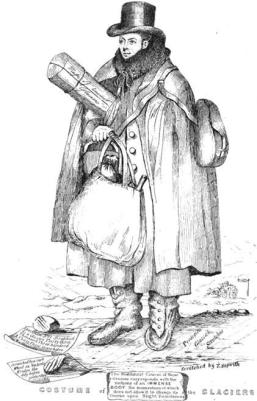 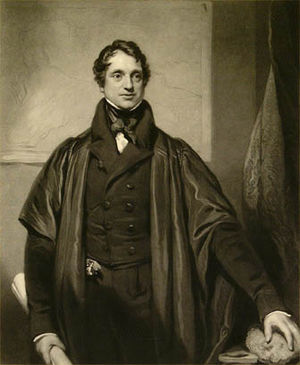 Read Adam Sedgwick’s battles with younger earthers from 1830 to 1844. It was a fun paper to write.

In fact, before the rise of uniformitarian (slow and gradual) geology, the overwhelming view of fossils was that they were the result of the global flood!

Again simply untrue.  Uniformitarianism took effect after 1831 with Lyell and with Hutton earlier. However many geologists before 1831 were not uniformitarian and from 1780 or so.  Virtually no geologists from 1770 or so accepted fossils were the result of the Flood. In England think of Smith (after 1798),

Vischer has simply not done his homework—a simple search on our site reveals articles such as “Where Did the Idea of Millions of Years Come From?”

Loads of mistakes here . Too many to list or discuss.

it’s the idea of evolution and millions of years being added into the Bible that’s new!

No, deep time was first suggested by Llwyd and Ray in the 1680s and many after that. Few scientists disagreed with deep time  after 1780.

And as for me personally, my father and I were dealing with the creation/evolution issue and what God’s Word in Genesis teaches when I was in grade six (at age 11) at school. The pastor of the church we went to started teaching evolution from the pulpit. My father was very upset and challenged this pastor using God’s Word in Genesis. Then at age 13, when in grade 8 at high school, we were using the latest science textbooks that presented naturalistic evolution as fact. My father and I discussed Genesis and that evolution did not mesh with God’s Word. It was because of an understanding that Genesis is God’s Word and is written as literal history that formed what I believe about creation—God created in six literal days about 6,000 years ago. Believing in a young earth is a consequence of what we believe Genesis taught. It had nothing to do with some Seventh Day Adventist, as Vischer claims. And I should know—I was there when my father and I discussed these issues. I held these creationist beliefs long before I ever read The Genesis Flood by Whitcomb and Morris. In 1974, before I had even heard about The Genesis Flood book, I read a small booklet from England that dealt with the issue of death. How could the fossil record have been laid down before man sinned when it’s a record of death, disease, bloodshed, and suffering? I saw this as a powerful theological argument against millions of years before I ever read The Genesis Flood.

Yes, I met a 400lb American baptist missionary in Uganda, and a pentecostal diamond driller in South Africa who were creationists and I bet they  hadn’t read The Genesis Flood.

I am afraid poor old Ham has got it wrong again and Vischer is essentially correct.

No, Young Earthers cannot claim that their brand of science-denying biblical literalism has roots in the early 19th century and before

With George McCready Price it comes from the “prophesying” of Seventh Day Adventism. It began to rear its head during the Scopes Trial and was a rumbling sore during the interwar years.

My book chapter on the Scopes years.

and then the plagiarism of Price by Morris in his woeful geology in The Genesis Flood of 1961 and subsequent developments of increasingly bad science and intolerance.

My chapter considering many aspects of YEC and ID.

and finally, consider how bad Morris’s geology was – and that of Answers in Genesis is no better. Here is an excellent review of The Genesis Flood by the Dutch geologist van der Fliert in 1969. If YECs were truly honest, they would have ditched the book.

If you want more read Young  and Stearley The Bible, Rocks and Time. 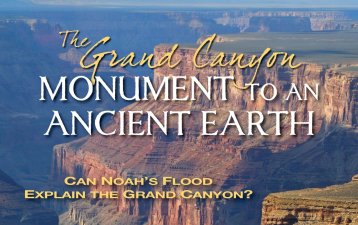 To conclude; Vischer is right in his comments about Ham. Perhaps it’s time to see YEC as pseudoscience pretending to be the Gospel