We are often told of the how the church opposed Galileo, Darwin, early geologists and almost every advance of science. There is a merest smidgeon of truth in it, but mostly they are stories invented to discredit Christianity. Much originated with Draper and White in the 19th century. Dawkins has fallen for it, among others. Over the lasty fifty years the idea of conflict between science and Christianity has been discredited. Recently there have been a spate of books on the conflict thesis of science and religion. Here is one coming to it from a catholic angle.

The War That Never Was: Evolution and Christian Theology Paperback – Illustrated, May 29, 2020

Kenneth W. Kemp is an Associate Professor of Philosophy at the University of St. Thomas in St. Paul, Minnesota. He is the co-translator of Archbishop Jozef Zycinski’s God and Evolution: Fundamental Questions of Christian Evolutionism.

One of the prevailing myths of modern intellectual and cultural history is that there has been a long-running war between science and religion, particularly over evolution. This book argues that what is mistaken as a war between science and religion is actually a pair of wars between other belligerents—one between evolutionists and anti-evolutionists and another between atheists and Christians. In neither of those wars can one align science with one side and religion or theology with the other. This book includes a review of the encounter of Christian theology with the pre-Darwinian rise of historical geology, an account of the origins of the warfare myth, and a careful discussion of the salient historical events on which the myth-makers rely—the Huxley-Wilberforce exchange, the Scopes Trial and the larger anti-evolutionist campaign in which it was embedded, and the more recent curriculum wars precipitated by the proponents of Creation Science and of Intelligent-Design Theory.

As I read this book, I kept thinking of the Second World War hoax made into the film The man who never was 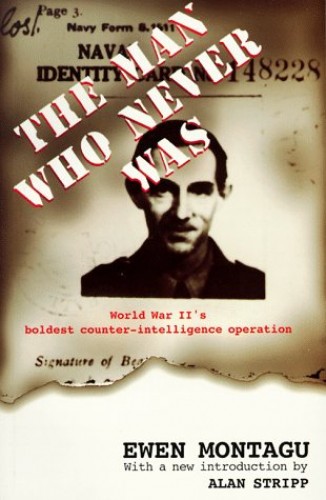 A convenient corpse with a briefcase attached was allowed to wash up in Spain so Germans would read the documents giving false information about allied plans. The argument of Kemp’s book is that there was no war between Christianity and Evolution. The conflict thesis of religion and science has taken a battering during the last fifty years but many still believe it. Much will be familiar to some, but Kemp has re-packaged it in a different way as he leads from the ‘War’ started by Draper and White, through the Scopes trial to the various Creationism and ID trials of the last 40 years.   His emphasis is transatlantic, but the issues are worldwide. With the author being a Catholic philosopher he gives a new perspective The author says the book is a partial account focussing on the paleaetiological sciences (2, 3) i.e geology, palaeontology and evolution.  . That would be fair enough but it omits so much of those sciences and does not put geology into a full perspective – which can be done briefly, though he claims to leave it for another book. It is an odd claim to say that Lyell was the founder of geology.

Princeton theologians and Bernard Ramm. The introduction is a philosophical reflection with a succinct discussion of theology and naturalism. He concludes with recommending a ‘modest methodological naturalism’ for our theology and science and criticises Johnson’s appeal to ‘immediate divine action’. A good and nuanced account of the conflict thesis as it began in the 19th century follows, concluding with ways of assessing the various arguments.

Despite many who claim there was conflict over Genesis and geology, the author is right to say there was none, beyond the peripheral early 19th century Scriptural geologists. A sharper trajectory on how geology developed from Steno in the 1660s, would have shown the gradual dawning of the realisation of Deep Time and its relation to Christianity over the next 150 years. The presentation, which tends to flip backwards and forwards, makes it difficult to follow, if one does not have familiarity with the subject matter.

Darwin and how some see him (statue in Shrewsbury)

The chapter on the aftermath of 1859 devotes much space to the Huxley-Wilberforce episode but sheds little new light.

Wilberforce and Huxley, who got on quite well!!

It stresses its iconic position in the conflict thesis. Rather than consider the variety of Christian responses – Asa Gray is hardly mentioned, we are given four vignettes of evolutionists losing their university positions, hardly a large number

Chapter 5 is on the first Curriculum war of the Scopes era.

The author first gives an account of events, which almost seem farcical. This undoes some of the myths surrounding Scopes. More importantly the Scopes trial is not seen as purely an anti-evolution crusade but wider than that.

Andrea at the Dayton Courthouse and myself in the dock

There was a moral side and, in a sense, Bryan and others occupied the high moral ground despite their poor science. Part goes back to Kellogg’s visit to the German trenches in 1915, where German militarism was (wrongly?) traced back to Darwin. Bryan’s concern was more moral, which is why he could not accept evolution for humans. Kemp does not mention the anti-evolutionists opposition to eugenics in contrast to many biologists and modernist churchmen. Kemp regards the Scopes affair as not a battle between science and religion but rather between conservative Christians and also sees it as a three-way conflict between fundamentalism, modernism and scepticism (139). This spoils the cardboard cut-outs of Inherit the Wind, but brings out the complexities of Interwar American society. Anti-evolution was only part of it.

Chapter 6 deals with Creationism and ID in the last sixty years, termed the second curriculum war. Much is historical and familiar from Numbers The Creationists. Little is given on the renaissance of Creationism and more on legal aspects on the teaching of evolution as with the repeal of Scopes Laws and the Arkansas judgement of 1982.  The narrative moves on to Intelligent Design, which is wrongly seen as going back to Paley. The presentation is very last century with the focus on Johnson, Behe and Dembski. There’s a nod to the Dover trial of 2005, In a long section ofn the development of anti-evolutionist thought the difference between Creation ascience and ID is clarified but on ID focues on Johnson, Behe and Dembski in the 90s and omits later developments and thus gives little on how both Young Earth Creationism and Intelligent Design has evolved in the last fifteen years. Thus little is provided to understand anti-evolution in the twenties.

Ken Ham, possibly the most significant Creationist of the 2020s, gets no mention

In conclusion Kemp emphasises that Scopes was over human evolution, whereas both creationism and ID challenge almost all of evolution and geology as well. He rightly says that the (187) NABT and new Atheists add to confusion by not distinguishing between methodological and metaphysical naturalism. He concludes this ‘war’ is doing damage to religion, as many readers must have discovered

The conclusion begins with a quote from Pope John Paul II on the Galileo myth, which is almost as pervasive. As with Galileo the Warfare Thesis fails on three grounds; it presupposes a clear demarcation between science and religion, assumes that scientists and Christians are neatly arrayed on opposite sides and. Finally, theologians were always opposed to new ideas.

With such distortion the Warfare Thesis is not a good lens to understand the relation of science and religion. ‘The war that never was’ re-surfaces the whole time – whether  in churches or without. It thus needs wise engagement rather than dismissal.

As an Anglican priest I am frequently asked by those within and without the church how can I be a geologist and a Christian? Such is the indelibility of this myth.

This is not the easiest book to read, as rather than just give a narrative the author goes beyond a simple science versus religion explanation, and attempts to tease out various factors. As a result, this will help to give a better understanding of The War that never was and why there has been conflict over some aspects of science and some aspects of religion.