A quarter a century ago I was asked to review Darwin’s Black Box by Michael Behe for Science and Christian Belief. I was keen to do so, as some Young Earthers were raving about it. 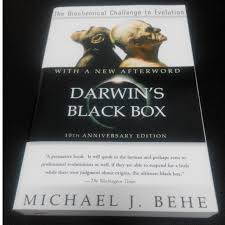 An so I read about mouse traps, 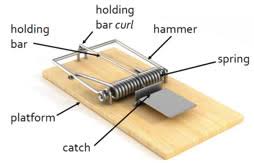 blood clotting,  and other things in Behe’s book. i was not convinced and felt it would not survive and soon be forgotten. I was wrong. For the next five years or so ID made in-roads and got the support of philosophers  but not biologists and geologists. I’m still wondering how glacial moraines are intelligently designed.

Here is my review, and there is little I would change after 25 years.

Normally reviews get no response, but the editor of Science and Christian Belief got a flurry of letters, including one from Dr Emyr MacDonald of Cardiff University. He was very critical of me and the editor published his letter and my response, which came out in 1998.

After this I delved into ID along with my studies on Darwin’s geology and also considered Buckland’s wonderful stuff on design with “old Scratch” aka megatherium,

along with his work on glaciation. However hard I tried I could never find a convincing case for ID and noted that the Intelligent Design activists were charging up a cul-de-sac dragging too many non-YEC evangelicals with them. Perhaps their refusal to commit themselves on the age of the earth made them ultimately acceptable to no one.

In the last quarter century ID has convinced no one of significance, yet their activists still come out with similar arguments and, of course, the Cambrian explosion. But that is another story.