That is a surprising statement for someone to make when he read Rachel Carson’s Silent Spring  half a century ago and has been green ever since.

I can boast like the apostle Paul in 2 Corinthians 11! But I am not speaking like a fool 🙂 Every garden of mine has had a compost heap, I tend to grow organically, plant flowers, shrubs and trees to attract wildlife, ride a bike when I can (and even more so for fun), energy economical – or bloody mean and keeping the heating down; and lots of other things to get brownie points from treehuggers. I have voted Green and been active in Friends of the Earth.

However, I confess that the disimulation and nastiness of anti-frackers made me reconsider my green credentials.I found greenie Christians , as a whole, no better as so many repeated the dodgy dossiers of Greenpeace, Fiends of the Earth , Frack Off and the rest of them, and often think I don’t care for the environment because I think f***ing is a good rather than a bad thing.

So I had to become a Green anti-green. Or so I thought until I came across the alternative, which goes by the clumsy name of Ecomodernism.  I stumbled across it and as I read it, I found that it summed up the position I had come to myself as I rejected the orthodox green faith. I had to apostasize from evangelical greenery as I found they were not quite honest and from their moral high ground didn’t give a damn for the poor especially those freezing to death. Far too many in Britain are living like this;

But back to Ecomodernism.

You will find their manifesto here

To comment briefly on the Manifesto; many criticise their split of intense human habitation and wilderness, where they argue agriculture should be intesive rather than centred on small farms and small-holdings. At first I baulked at that and then realised we have no choice if we are to feed the world, which I consider a moral imperative. As for wilderness, which I love, it is not suitable for much human habitation without wrecking it.  An example of wrecked wilderness is the south rim of the Grand Canyon, which has less feel of wilderness than many of the hilly parts of Britain.

Grand Canyon wilderness seen from the south Rim. LH picture is the Bright Angel trail which makes a nice August day’s walk RH is the Unconformity 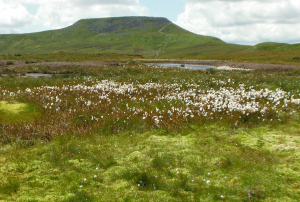 He discusses the three main approachs from Bill McKibbin, who sticks to protesting not realising that this will not change everything despite Naomi Klein, through Al Gore and Lord Stern, who try too hard to face both ways to the Ecomodernism of Nordhaus and Shellenburger, who have recruited Mark Lynas to their ranks.

In his paper Nisbet presents the different stances on the various issues in the table I reproduce below. (apologies for the imperfect copying)

Sometime I would like to write up a Christian Ecomodernism, if only to counter the Bambi eco-theology.