even the hymns and carols were re-written to bring in Climate Change and the horrors of deadly fossil fuels.

When will you see the light?

Carbon burning and filling the skies

For Christ’s sake please hear what we say

I never know what is the best response to things like that, whether to snigger and ridicule  or try to answer the issues they raise. Over the years I have found the last option an impossible task as groups like this take the most extreme and dismal reading of Climate Change and the IPCC reports. By selection and cherry-picking they present the argument that we are all about to fall over a cliff of climate disaster. If you don’t agree with them you are a climate denier and want to destroy the planet.

We have moved on from the Fossil-free Advent and now  there are attempts to squeeze Climate Change into the services for every sunday, even when the Biblical passages for that sunday cannot be twisted, sorry interpreted, to say anything about Climate Change or Petrol. A search on the web will turn up ways of bring Climate Change into any biblical passage. Often the interpretations are somewhat forced and bizarre and are trying to get oil out of a stone!! (That is done by drilling.)

There is little in the Bible on the environment as it was simply not an issue two to three thousand years ago. There is much on Creation in both testaments but very, very little on how we should care for it.  We can bring out general principles for creation care from the Bible, but nothing in detail.

This is my short and simple summary of how a Christian should care for creation, but I have only given principles and not examples of need; https://michaelroberts4004.wordpress.com/2018/01/03/gods-creation-and-the-environment/

Sometimes attempts to find Creation Care in the Bible gets rather weak. Thus a leading Christian environmentalist argued that the classic verse John 3 vs16 means we should care for creation, because God loved the world and then so should we.

For God so loved the world that he gave his only son…….

Really!  That is an OK reading by a 12 year old in Sunday School but not an expert! The word “world” often occurs in John’s Gospel and is translated from the Greek word “kosmos”. In Greek kosmos can mean the whole of Creation as it does in Romans chap1 vs 20. However it is used some 70 times in John’s gospel and can mean  the creation, humankind, humans a opposed to God etc. In fact John 3 vs17 uses it to mean (hostile) humanity and not the whole of the natural world. Or take John 18 vs20 when Jesus replied to the high priest. He neither meant the antipodes or anywhere but locally around Jerusalem and Judaea. The use of kosmos in John  18 vs 33 – 38 and John 17 completely undermines this misunderstanding of kosmos.  Even a superficial reading of John and considering the use of kosmos completely undermines the claim that John 3 vs16 is a call for environmental action! That is one thing this verse is not calling for. I have not identified the author but they are a leading Christian environmentalist. But not the same as the Anglican expert on Climate Change who recommends taking garlic to avoid getting covid!!

It is very bad interpretation of the bible to try to squeeze things out of passages which simply are not there. Much of the time if we take a section of some verse, a chapter or even a whole book, they deal with only one or two topics and the other 999 are simply unmentioned.

In recent weeks in the run up to Holy Week I have seen requests on social media for guidance on how to bring in Climate Change into the appointed bible reading during the Easter period. Considering all the readings which could be used over this period, none bring in Climate Change, even implicitly, and all have another purpose as they are to bring out the meaning of those events from Palm Sunday to Easter Day. If we need to ask, “what do these passages say about care of creation?” The answer has to be zilch and we need to look elsewhere

Yet more and more churches are putting “Climate Justice ” at the centre and thus wish to be able to bring it in to everything in the life of the church. thus Climate Change becomes the controlling narrative and not the life, death and resurrection of Jesus. In other words the Gospel is subtly changed in its basis. Initially, one could see, it is Christianity PLUS creation Care with an apparent lack of shift. Gradually certain kinds of Creation Care become dominant, and that becomes the controlling principle squeezing out the core of the faith, though often retaining the words.

I can hear many say, “Surely protecting the planet is vital?” To which I happily answer YES!! those who know me will know that I do try to protect and care for the planet, whether in economy of use, growing trees to give away, my use of a bicycle, and trying to hold local councils to account by attempting to stop the destruction of flower rich verges.

Today, Maundy Thursday 2022, we see Green Christian forcing their views on Just Stop Oil on to the remembrance of the Last Supper and the washing of feet. This is misguided, tendentious and judgmental of those who disagree.

If all is Climate Change and stopping oil then nothing is and everything goes and the claims of both the Christian Faith and the need for Creation Care go out of the window.

The danger of this conflating of issues with major Christian Festivals is that the whole purpose of those festivals is lost. Christians have those in the Christian Year, with high points at Christmas and Easter, to bring home certain central features of the faith. Whether we take a minimalist or maximist view, Christians focus on that aspect, and that aspect alone on the particular day. By doing so reinforces a pedagogic purpose of strengthening Christians on one point and then the other points will dealt at another time. To  photo-bomb these with climate change or stop oil immediately diminishes the purpose of the day and confuses the issue with something else. On this in recent years, many churches have introduced a season of creation in September to fill a hole in the church’s year.

Thus for the next few days all the focus is on the Last Supper, the Crucifixion and Resurrection. That is more than enough! Throwing in green issues will only diminish the emphasis on these centralities and ultimately may take over from them.

On this I am reminded of the events of 1933 and 1934 in Germany when the churches were split down the middle by the Nazi movement. Some Christians went the whole swastika and formed the German Christians. A minority opposed this and produced the Barmen Declaration of May 31st 1934. The essence of that wass for a Christian there was only one way and that is Jesus Christ  – John 14 vs6 was their key text – and nothing should be added to that.

Later Karl Barth wrote on that in Church Dogmatics vol II .pt1 pp172ff, which is very pertinent to this question. Going beyond the horrors of the Nazis, Barth pointed out that the German Christians were only a continuation of what had been going on for decades. Little bits, and in Germany that was German nationalism, had been added on to the Christian Faith so that more and more Christianity was becoming Christianity and German Nationalism. It is now seen with the Russian Orthodox Church and the blatant nationalism of the patriarch and is not very pretty as the Ukrainians have found out.

But saw the events of 1933 as the fulfillment of 19th century Christian thought, which added an “also” to the faith, this soon became “and” and as with the German Christians “only”. He said similar things were happening in Britain, USA, and other European countries. (He could have given earlier examples from the Middle Ages.)

This is a perennial risk for the Christian Church and a rooting of church history will give many examples, but few as bad as the German Christians.

The dangerous trap some environmental Christians are falling into is that they are raising their particular environmental concerns (which often align with the most extreme of environmentalists like Extinction Rebellion) in such a way that the centralities of the Christian Faith are downplayed, and, more worrying, that those Christians who don’t accept them are regarded as rather deficient in the faith, both in Christ and Creation care.

That is not on.

This weekend as Christian we focus entirely of the death and resurrection of our Lord and then, and only then, see how it works out in every aspect of our lives both in love of neighbour and love of creation. 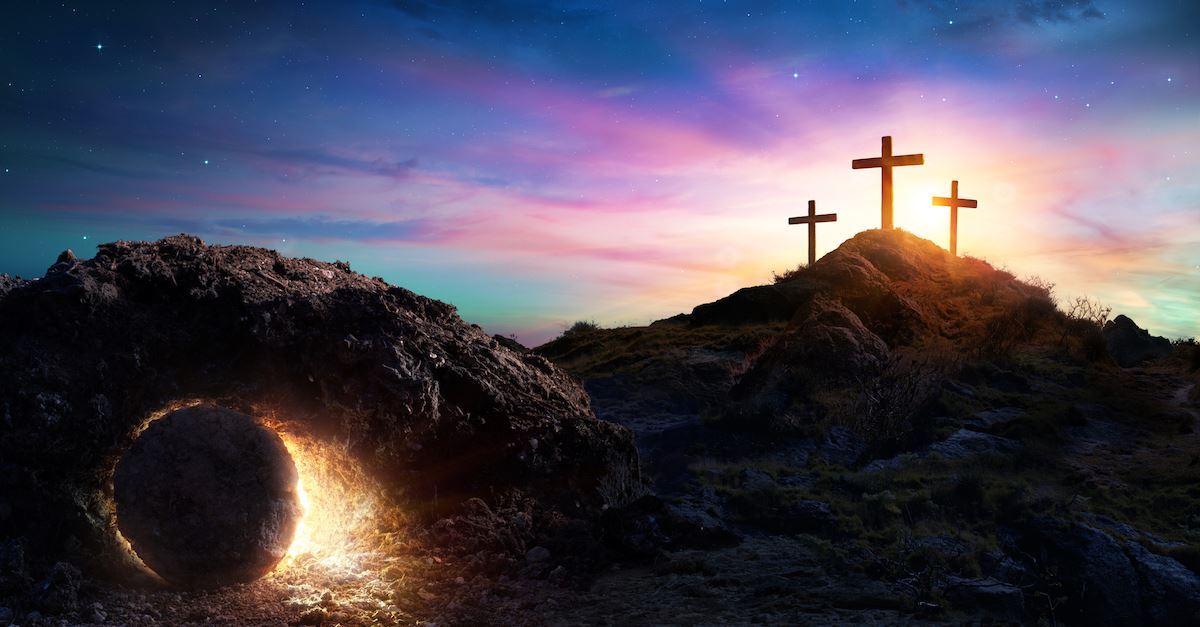